US calls for an end to attacks on Iraqi military bases 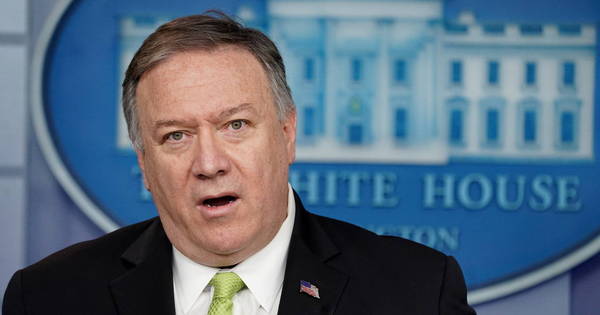 US Secretary of State Mike Pompeo, the country's chief of diplomacy, said he was “outraged” by another missile attack on Iraqi military bases, this time against one that also houses US soldiers, and demanded the “end of repeated attacks”. violations of Iraqi sovereignty ”.

The action, which took place on Sunday (12), reached the base of Al Balad, 80 kilometers north of the capital Baghdad. Four Iraqi military personnel were injured.

Read also: Thousands of Iraqis protest US and Iran attacks

"Outraged by reports of another missile attack on an Iraqi air base. I pray for the speedy recovery of the wounded and ask the Iraqi government to hold those responsible accountable for this further attack on the Iraqi people. These repeated violations of Iraqi sovereignty. , for groups that are not loyal to the government, need to end, "Pompeo reported on Twitter.

The Iraqi military said in a statement that eight Katyusha-type rockets were fired in the attack but did not report the source of the firing. Al Balad military base is among the largest in Iraq. It houses F16 bomber fighters, purchased by Iraq from the United States.

It was the third attack on Al Balad in recent days. Weapons depots from the Iraqi army suffered damage but no casualties. In addition, a few days ago, missiles were fired at the Baghdad Green Zone, home to embassies, including the US, as well as military and Iranian government buildings.

Tensions and escalating military action in the region were set off on Friday by a US drone attack that killed Iranian General Qasem Soleimani at a Baghdad airport. In response, Iran rocketed two military bases housing US troops in northern and western Iraq.

Satellite images show damage to US base attacked by Iran