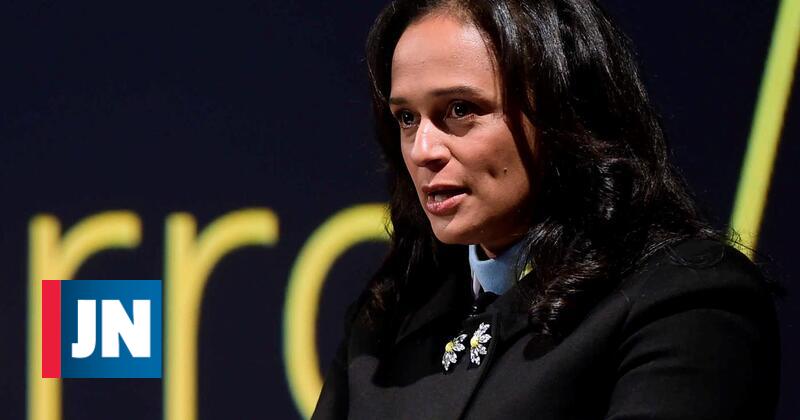 Businesswoman Isabel dos Santos will have to renounce Russian citizenship if she wants to run for the presidency of Angola, an impediment foreseen in the country's constitution, indicated jurist Sebastião Vinte e Cinco today.

Isabel dos Santos is the eldest daughter of former Angolan President José Eduardo dos Santos and Russian citizen Tatiana Kukanova and was born in Baku, then a Soviet republic and the current capital of Azerbaijan, 46 years ago.

The Angolan Constitution does not allow citizens with dual nationality to run for the Presidency of the Republic, said the lawyer, recalling the recent example of Adalberto da Costa Júnior, who renounced Portuguese citizenship in order to run for the leadership of UNITA and thus also prepared the road to the presidential elections scheduled for 2022.

This will be just one of the conditions that the businesswoman, who admitted the intention of being a presidential candidate in an interview with RTP, would have to overcome.

The Angolan electoral system also determines that voting for a party or coalition for which Isabel dos Santos would have to compete on the lists of an existing party, or create a new one, to be elected, which, Sebastião Vinte Cinco says, would not be a big deal. impediment given the "financial power and influence" of the daughter of the former President.

Isabel dos Santos may also be subject to the development of the process in which she is involved in Angola due to the provisional seizure of her bank accounts and shareholdings in Angolan companies, determined by the Provincial Court of Luanda.

"If it evolves to a criminal charge and if there is a conviction, one of the effects may be to condition your political rights", explains Sebastião Vinte e Cinco.

His absence from the country in recent times is another obstacle indicated by the lawyer, who added, however, that it can be remedied if a justification is presented "in due time".

Asked about the allegations of persecution and attempted political neutralization that Isabel dos Santos invoked in the television interview, Sebastião Vinte Cinco considered that this "idea does not seem sustained", given the period of "political amnesty" granted by the current executive for people to participate voluntarily in the recovery of assets by the Angolan state.

The jurist stated that President João Lourenço, in choosing to fight corruption as a priority, "opened a door" for the voluntary repatriation of assets that the State lost over several years.

"There was this open door that was taken advantage of by many", he noted, but not all.

"[If these people] took this position of not collaborating with the installed political power, in order to recover the assets and promote a recovery of our economy, it is normal for the State, using its judicial power, to seek information to understand how some people got so wealthy ", coinciding in some cases with the exercise of state functions or managing state assets, considered the lawyer.

And Sebastião Vinte e Cinco concluded: "For this reason, I do not think that the idea of ​​persecution is technically sustainable".

On whether the disappearance of other names, who were also involved in justice cases, means that the assets were returned, the lawyer said that, because the justice is not acting, everything indicates that they will have agreed to cooperate and build a new relationship with power.