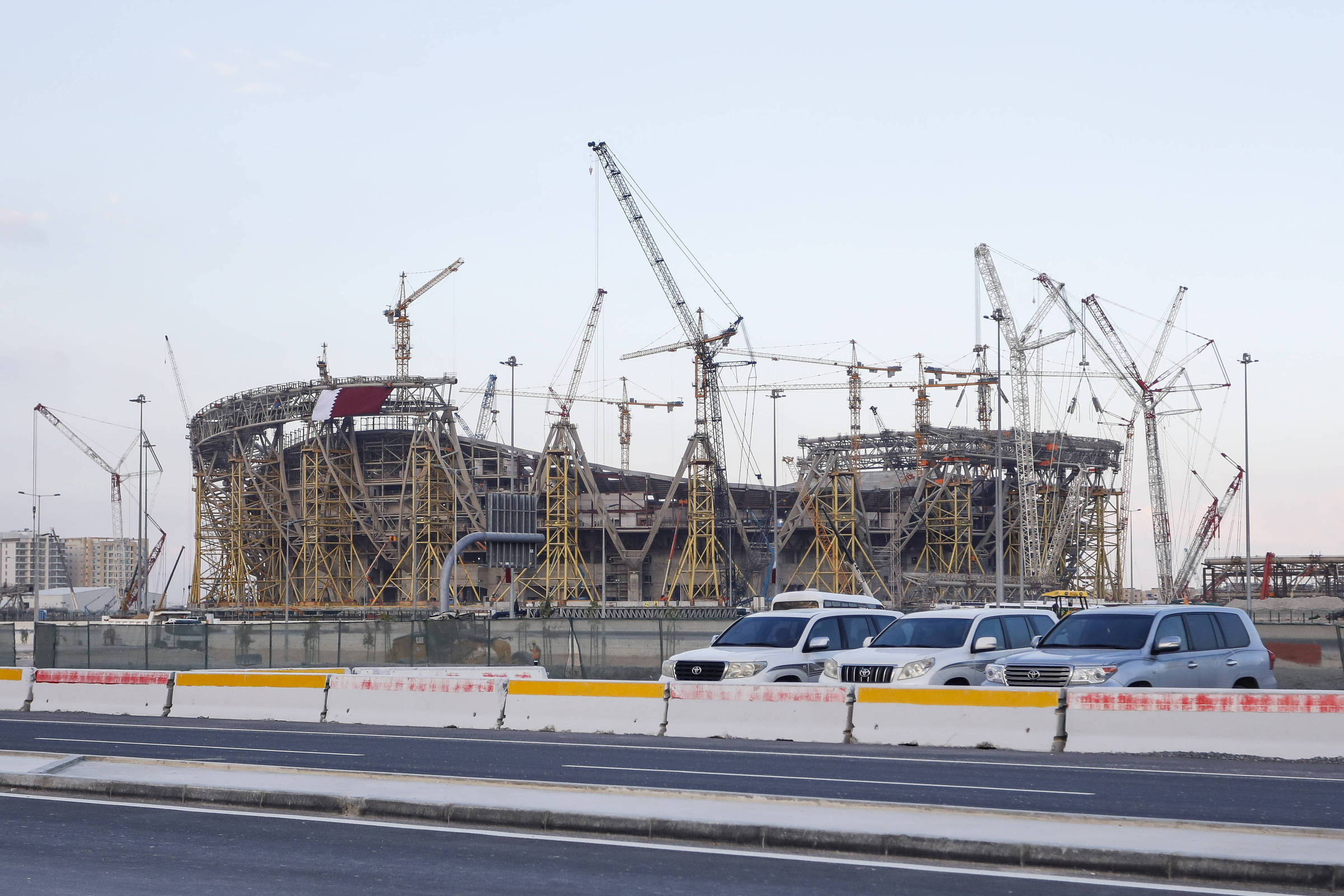 “Can't you see?” Asks the green-coated security man, pointing to the sign on the metal grid: no photography or filming.

He then asks Folha's report to erase the images made from the construction site it protects: that of Lusail Iconic Stadium. The place will have a capacity of 86,250 people and should be a symbol of the country. It will be the stage of the opening and the final Qatar World Cup in 2022.

Construction began in 2017, and the tournament organizer's speech is that it will be ready by the end of 2020. About 40,000 workers work day and night shifts, less on religious dates.

The stadium will also be the main post card of Lusail, a city built from scratch by the Qatari government in 2005, when hosting the 2022 World Cup was just a distant dream.

After FIFA To give the Arab nation the right to host the event, the goal was to prepare the new city for a global audience that in 2018, in Russia, was 3.5 billion people.

Lusail was conceived by the former Sheikh Hamad bin Khalifa al Thani to receive a population of 200,000 when completed, costing $ 45 billion to Qatari Diar, a state-owned construction company.

“I arrived here three months ago and I see a lot of new people all the time, people coming here because of the tranquility. Everyone thinks about the stadium, but it's much more than that. It's a project that can change Qatar, ”says Englishman Ian Roberts, 43, who moved to Doha to work for an oil company.

Lusail is the image of his stadium, which bears the name “iconic” even before the inauguration: buildings under construction, rubble and infrastructure works. But there are early parts, such as Roberts's, near the marina, adjacent to the West Bay Gulf. The area is likely to be lined with shopping malls and parks on its 38 kilometers of coastline.

The project encompasses 175 km of pipes that will form a cooling system throughout the region during the summer, when temperatures may exceed 50ºC.

The relationship of the city (or district, as some Qataris call it) with the World Cup is because, although projected in 2005, it was left in the background until the country was announced to host the tournament in 2010.

When the competition begins, the government wants to offer Lusail's vision as a reference for sustainable growth. The connection to Doha will be on a 15 km system of train and subway lines.

What Qatar aims to do is diversify its economy, move closer to tourism and move away from dependence on oil and natural gas.

"Lusail is going to look pretty and increase Doha's appeal. But it's not for people like me to live in," he says, with slurred English, Jahangir (he does not reveal his last name), a Bangladeshi immigrant who works at a cafe near the bay.

What he implies is that Lusail was designed to be the home of an elite and inaccessible to those who work in cafes, restaurants, supermarkets or civil engineering works. Among them, the construction of Iconic Stadium.

The venue of the World Cup final will serve to ease the pressure on Doha. The presence of immigrants has grown the population of Qatar by almost 150% in the last nine years. Of a total of 2.7 million inhabitants, only 320,000 are Qataris. But they make up the economic and social elite.

With projects like Lusail's, Qatar also tries to change its image. The city is, after all, also a public relations offensive.

The country is undergoing diplomatic dispute and suffers political and economic embargo from Saudi Arabia, United Arab Emirates, Egypt and Bahrain. It remains the nation with the best per capita income in the world, though. On average, each citizen earned $ 130,475 (R $ 531,500) in 2018, according to World Bank data.

Qatar National Vision 2030, a local transformation plan into a center for sustainable development, says the goal is to make the country “become a society capable of sustaining its development and providing high quality of life for people”.

The desire clashes with accusations that labor from countries such as India, Bangladesh and Pakistan is used in slave-like situations, with exhausting hours, poor conditions and low pay.

According to Amnesty International, Eleven workers who worked in the World Cup-planned stadiums died, 10 of them suddenly or from unexplained heart failure.

The 2022 World Cup organization denies the accusations and claims to have systematically improved working conditions at the stadiums since construction began.

There are no reported numbers regarding accidents at Lusail Stadium.