Those who compete to succeed Jeremy Corbyn already set their pitches for first position, even before the race is officially launched.

Shadow Brexit Secretary Sir Keir Starmer, who became the fifth candidate to take part in the race this weekend, said the public had "lost confidence and confidence" at work.

"The discussion about leaving and staying accompanies Brexit"

Sir Keir, the current frontline leader, also said the discussion on leaving the EU was over and that the focus needed to be on the UK's future relationship with Brussels.

He faced criticism of the party over his vocal support for a second referendum, with some blaming him for his part in the worst general election defeat since 1935.

Sir Keir told Sky News: "In the last election, for various reasons, the public lost confidence in the Labor Party as a force for good and a force for change, and we need to restore that." 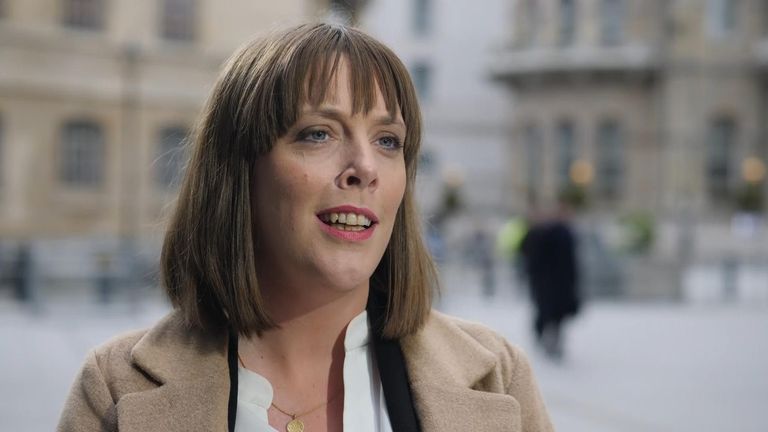 "We need someone who can reach the public"

He added: "With regard to Brexit, we will leave the EU in the coming weeks and therefore the discussion on leave and permanence goes with it.

"We need to focus now on what is the right relationship with the EU going forward and I think it should be a close relationship.

"And also what are the tests and framework for future trade agreements with other countries, such as America."

"I think I'm the best person … able to connect with people so they can trust that the Labor Party can improve their lives and that's what we can't do."

"This is our only job, making the country trust us again so that we can govern and improve people's lives."

Speaking at the BBC's Andrew Marr Show, Phillips also said he would "wait and see" what Brexit looks like, but suggested that a return to the EU would be possible under his leadership.

The rise and fall of Jeremy Corbyn

Wigan lawmaker Lisa Nandy, who said she would stay on Friday, said the main factor in the job's failure was trust and blamed Corbyn for not recognizing the power of the Brexit Prime Minister's message.

"Trust – trust was the issue, not radicalism, not the deepest fundamental change we promised, but trust," she told Sky News's Sophy Ridge show on Sunday.

She added: "What we didn't understand is that 'taking back control' resonated like no other slogan in my life.

"Why did it resonate? Because people don't have the means to affect change in their own lives."

Shadow Foreign Secretary Emily Thornberry said the "terrible" election outcome was partly because the manifesto "simply was not convincing because there was so much in it."

"In the end, we can say until we're blue in the face that there is another way – and there is – but we won't have the opportunity to serve if people don't believe us," she told Ridge.

Shadow business secretary Rebecca Long-Bailey, who is the current leadership's favorite candidate, is due to enter the race but has not yet been declared.

Shadow Treasury Minister Clive Lewis has already thrown his hat in the ring.

The National Labor Executive Committee will meet on Monday to set the contest schedule, which is due to begin formally on Tuesday.

The new leader is expected to be in place by the end of March.