Johnson has snubbed Scotland’s ‘inalienable’ right to self-determination by… 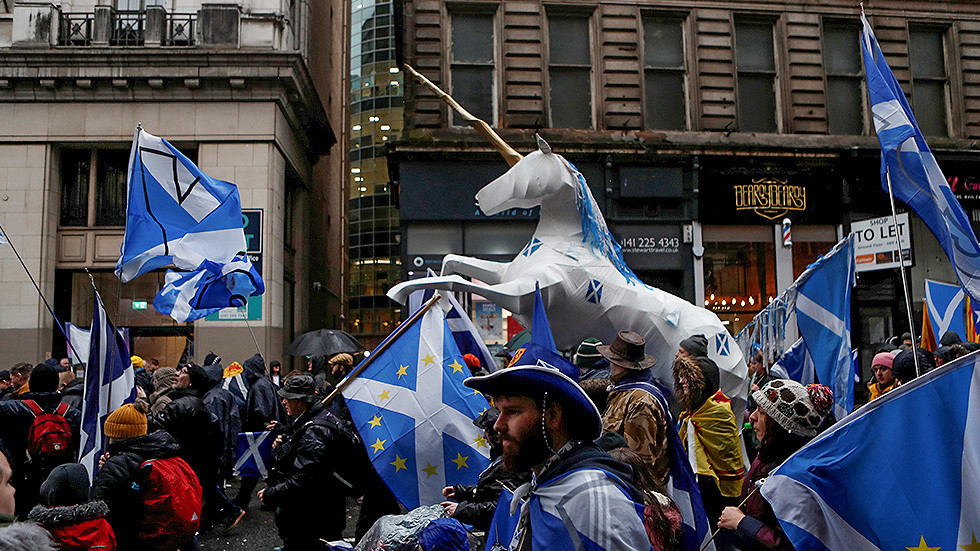 Prime Minister Boris Johnson is wrong to reject SNP leader Nicola Sturgeon's request for a second referendum on Scotland's independence, and his decision could even lead to more trouble for London, says George Galloway.

The former Labor MP told RT that while he does not personally support Scottish independence, Johnson erred in trying to block another vote on the matter.

The inalienable right of the Scottish people to self-determination means that they have every right to hold another referendum.

He noted that while it may be unrealistic to try to hold a referendum in 2020, Scotland should be allowed to go to the polls "at any time of its choice." Describing the union between England and Scotland as a "marriage," Galloway noted that "Denying a partner's rights can only lead to even greater problems in the future."

In a letter to Sturgeon, Johnson said another independence referendum "would continue the political stagnation that Scotland has seen in the last decade."

Sturgeon and his party promised to hold another independence vote, a promise that was given more urgently after the Johnson election victory signaling that the United Kingdom would follow with Brexit.

The decision to leave the European Union is deeply unpopular in Scotland, and the SNP sees the impending Brexit as a mandate for a second independence vote.