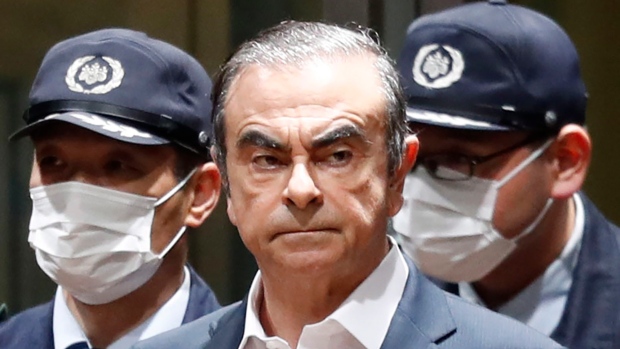 TOKYO –
A lawyer for Carlos Ghosn, a former Nissan president who escaped bail in Japan and fled to Lebanon, on Friday beat a gaffe by the Japanese justice minister, who said Ghosn should "prove" his innocence.

François Zimeray said in a statement addressed to Justice Minister Masako Mori that his mistake reflected Japanese justice, which runs counter to the human rights principle of presumption of innocence.

Mori apologized for the mistake and said he intended to say that the suspect should "assert" the innocence, not prove it.

"The presumption of innocence, respect for dignity and the rights of the defense were essential components of what constitutes a fair trial," he said.

"Japan is an admirable, modern and advanced country. It deserves more than an archaic system that holds innocent people hostage. The onus is that you should abolish it."

He pointed out that it is up to the prosecution to prove the blame, not the other way around.

Ghosn, who was awaiting trial on charges of financial misconduct, fled Tokyo and appeared in Beirut on December 30.

He is unlikely to be tried here, as Lebanon does not extradite its citizens.

He reiterated at a news conference in Beirut this week that he was innocent and faced false accusations because Nissan Motor Co., prosecutors and Japanese authorities tried to block a more complete merger between Nissan and Renault, the alliance's partner in France.

Japan's conviction rate is over 99%, and human rights defenders have long questioned the justice of its judicial system.

Ghosn said it's fraudulent and unfair.