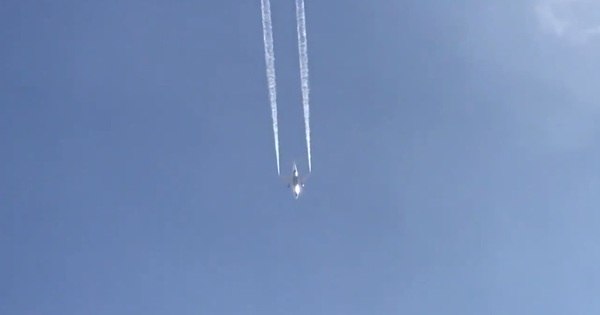 Los Angeles firefighters assisted 60 people after a fuel incident apparently dumped from an aircraft that had to return to the city's airport shortly after takeoff. The liquid was spilled over at least five schools.

According to Fox TV's local channel, a Delta Airlines flight from Los Angeles to Shanghai had to return to the airport and, following safety protocols, dumped the fuel.

According to CNN, the most affected school was Park Avenue Elementary in Cudahy, where 20 children and 11 adults reported minor injuries. The school is about 30 kilometers east of the airport.

People hit by jet fuel were decontaminated with soap and water, no one needed to be taken to hospital. Schools briefly underwent on-site shelter procedures but did not need to be emptied.

The children received other clothing, fire inspector Sky Cornell said, adding that there are no reports of injuries to others in the area.

Justin Guiti, a Park Avenue 5th grader struck by the fuel, told CNN that the liquid had spread through his body and his friends, and it came into his eyes.

"Drops of water were falling. I thought it was a rainbow, I looked up and it was gasoline," he said.

Miguel Cervantes, 6th grader, was also hit. He said his skin was itching later. "I thought it was smoke," he said. "But when it fell, it felt and smelled of gas."

In a video posted on Twitter, you can see the Delta Airlines plane pouring fuel.

The plane, according to the authorities, made a successful emergency landing and there were no injuries.

The most frustrating match at Australian...